Since its launch in 2002, the Kia Sorento has consistently been among the best-selling third-row crossover SUVs in the North American market. The last major update to the model was only in 2019, but already Kia is flagging up changes for the coming year.

And unlike some other refreshes which add just a few new options and a higher price tag, the 2021 Kia Sorento redesign is a major update bringing a completely new exterior and plenty of new technology. Will the changes keep the Sorento at the head of the pack?

The outward appearance of the Sorento has been changed radically. The old curved minivan-style bodywork is gone, replaced by a more imposing, muscular look accented by the large grille and swept back headlights.

But the changes aren't just cosmetic. The passenger cabin is larger and more spacious, making the third row a genuine seating option rather than the slightly cramped afterthought found on many competing mid-size SUVs.

Crucially, the new cabin design has been built on top of an extended chassis, which gives the Kia engineers more room to add the latest technology. Kia says this new chassis opens up several development options and will remain the standard for the foreseeable future.

The biggest change for the 2021 Sorento is the introduction of a new hybrid powertrain, made possible thanks to the new chassis design. A 1.6L turbo-4 gas engine will be combined with a 59 horsepower electric motor to produce a total of 227hp, paired with a six-speed automatic transmission. The word is that Kia also plans a plugin version alongside the standard hybrid, but full details aren't yet available.

However, there will still be a standard gasoline option available, comprising a 2.5L turbocharged engine pushing 277 horsepower through an eight-speed automatic transmission to optional all-wheel drive. 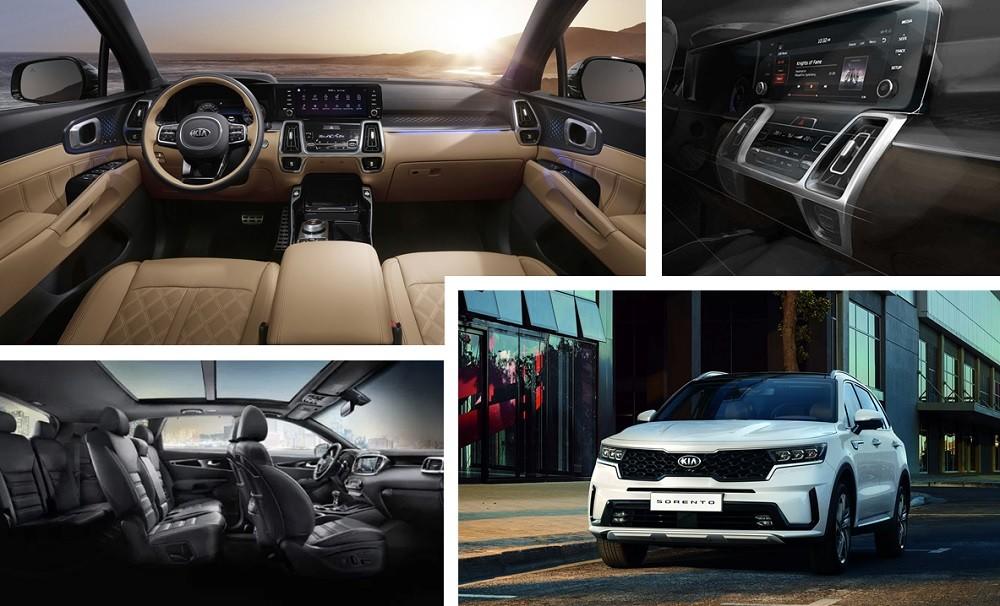 Instrumentation is provided by a 12.3" digital gauge cluster in the centre of the dash, backed up by a 10.3" touchscreen to control the infotainment features. As with the other latest models in the Kia lineup, tech features are comprehensive and include:

As yet, Kia hasn't released details of the 2021 Sorento's safety features. But going by other current models such as the Telluride, extensive active systems are expected, including:

The 2021 Kia Sorento redesign is expected to hit the dealerships in late 2020. Before then, contact us to arrange a test drive of any Kia Sorento in Calgary, and get a taste of what's on its way.