Check out the 2019 Kia Sorento for sale in Calgary at South Trail Kia.

A Rugged but Refined SUV

Here at South Trail Kia, we've always loved the Kia Sorento. Its combination of sophisticated looks, ruggedness, and go-anywhere ability, along with a refined cabin and excellent ride, has made it the crossover SUV of choice for many Calgary families. Now Kia has unveiled the 2019 Sorento at the L.A. Auto Show, and we're more excited than ever.

A Great Beginning, and a Bright Future 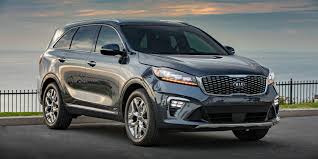 Don't just take our word for what a great SUV the Sorento is. Consumer Reports says of the current generation Sorento, "The Kia Sorento SUV has been a solid performer at CR's test track and in our reliability ratings. " Wheels.ca noted that the 2017 version of the Sorento won a Top Safety Pick Plus award from the U.S. Insurance Institute for Highway Safety, and states that with "a superior rating for the optional front-crash prevention system, Kia continues to demonstrate its ongoing commitment to safety." We should note that for 2019, the forward collision system that they mentioned--complete with automatic braking--will be standard on all trim levels from EX on upward, along with lane assist and driver attention warning. .

The 2019 Kia Sorento continues the third generation of this sporty SUV, but it adds a number of refinements and new standard features. You could almost consider it a brand new model, inside and out. With new styling, updated engine and transmission choices, and luxurious new interior options, the Sorento makes a stronger argument than ever that it should be the choice of Calgary drivers. 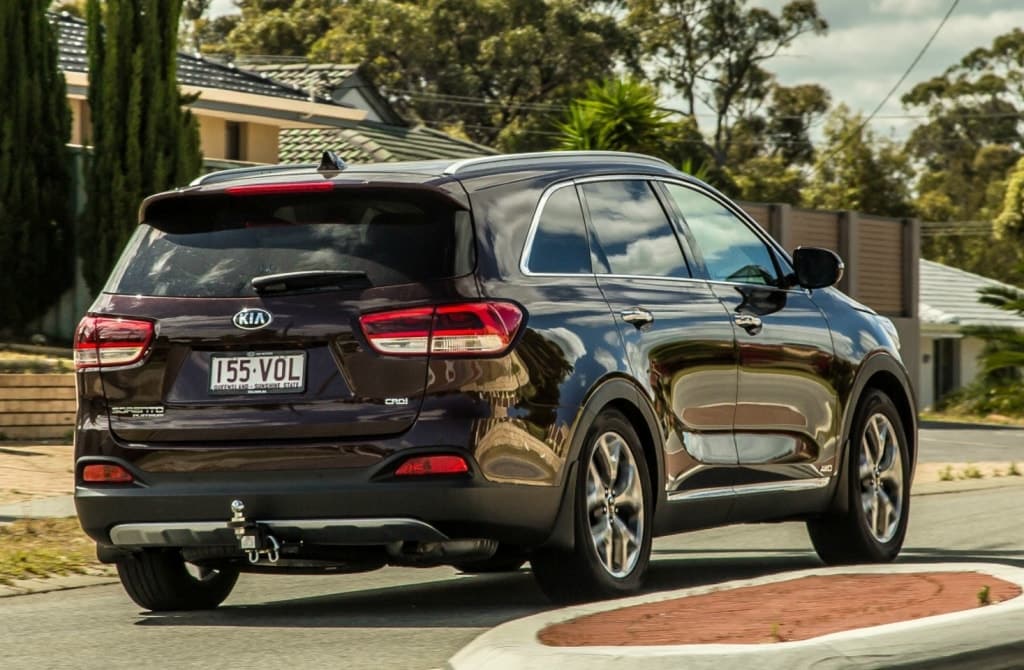 When the third generation of the Sorento was introduced in 2014, it drew raves for its modern, sleek design. For 2019, exterior refinements give the Sorento an even more upscale and contemporary aspect. New front and rear fascias give it a fresh look both coming and going. Other exterior updates include new optional full LED headlights, new taillights with futuristic lighting patterns, and LED fog lights. . 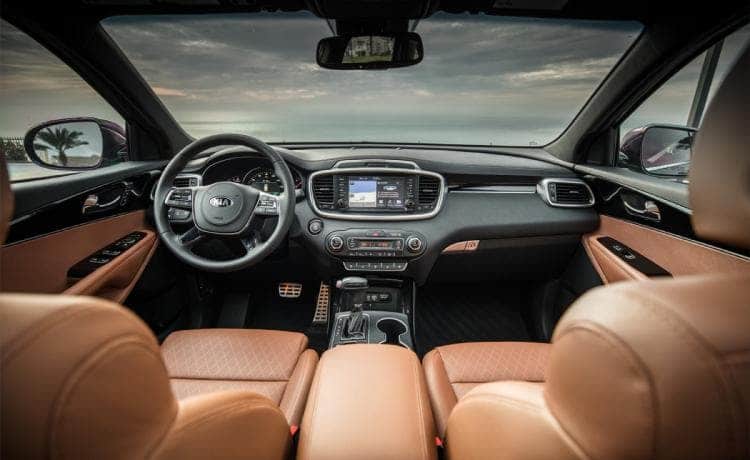 The biggest news in the interior regards seating: all Sorentos will now come standard with three rows of seats. Refinements to the steering wheel, a revised shifter and an updated instrument cluster boost the Sorento's already terrific driving experience. Apple CarPlay and Android Auto are now standard on all trim levels, along with touchscreen consoles. The front passenger seat features two-way lumbar support, so your favourite passenger can enjoy the ride as much as you do. Optional Nappa leather upholstery and an available Harmon Kardon surround sound system bring the Sorento's cabin to the head of the SUV class.

For 2019, Kia has matched revised transmissions to its two engine choices. The base engine is a 185 hp 2.4 litre inline 4-cylinder mated with an updated six-speed automatic transmission. A newly available eight-speed automatic comes standard with the other engine choice, a 3.3 litre 290 hp V-6 that can tow 5,000 pounds when the Sorento is equipped with a towing package.

When Can I Get It?

Kia hasn't announced the 2019 Kia Sorento Calgary sale date yet, but we expect it here soon. Check our Sorento inventory online or call our sales staff at 1 (888) 439-5785 to be one of the first to drive it as soon as it arrives!