HOW AN ELECTRIC CAR WORKS

Where internal combustion engine cars get energy from burning gasoline or diesel, an electric vehicle gets its power directly from a big pack of batteries.

These are much like a scaled-up version of the lithium-ion (Li-ion) battery in your mobile phone - EVs don't use a single battery like a phone, they use instead a pack which is comprised of thousands of individual Li-ion cells working together. When the car's charging up, electricity is used to make chemical changes inside its batteries. When it's on the road, these changes are reversed to produce electricity. 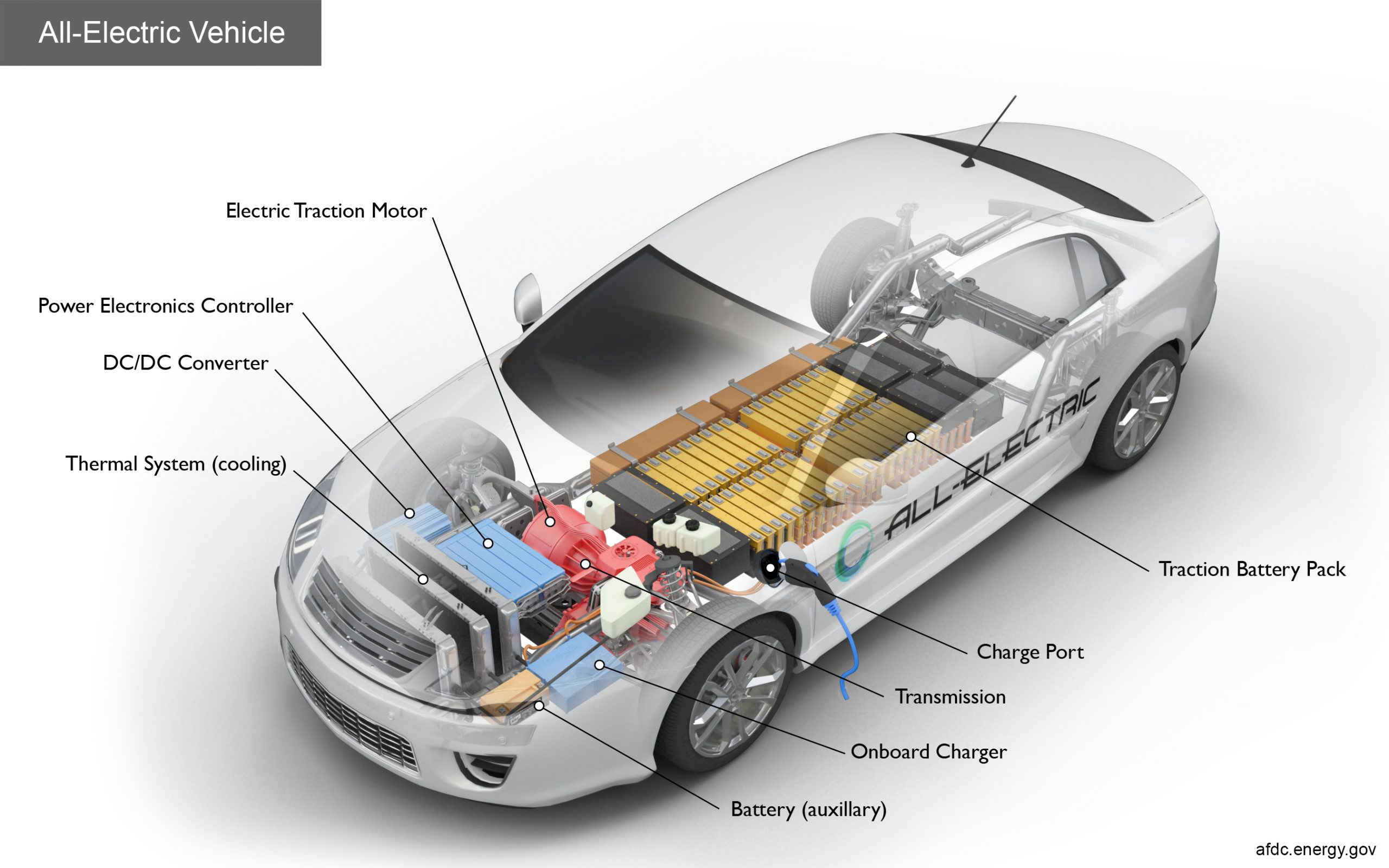 EV batteries undergo cycles of 'discharge' that occur when driving and 'charge' when the car's plugged in. Repeating this process over time affects the amount of charge the battery can hold. This decreases the range and time needed between each journey to charge. Most manufacturers have a five to eight-year warranty on their battery. However, the current prediction is that an electric car battery will last from 10 – 20 years before they need to be replaced.

How a battery and the car's electric motor work together is surprisingly simple – the battery connects to one or more electric motors, which drive the wheels. When you press the accelerator, the car instantly feeds power to the motor, which gradually consumes the energy stored in the batteries.

Electric motors also work as generators, so when you take your foot off the throttle the car begins to slow down by converting its forward motion back into electricity – this happens more strongly if you hit the brakes. This regenerative braking recovers energy that would otherwise be lost, storing it in the battery again and so improving the car's range. 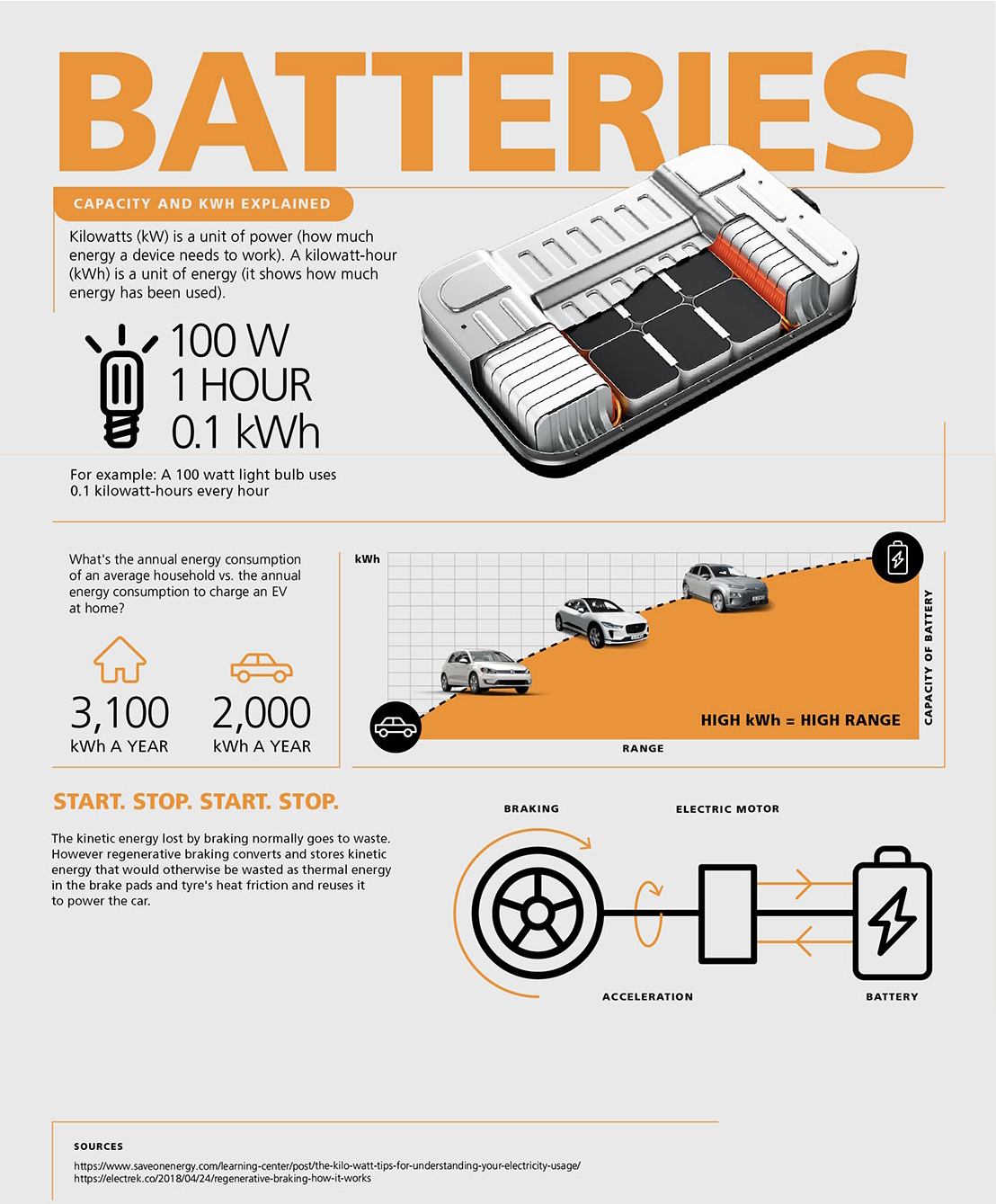 A Lithium-ion (Li-ion) battery is a type of rechargeable battery used in electric vehicles and most portable electronics today. They have a higher energy density than typical lead-acid or nickel-cadmium rechargeable batteries. This means that battery manufacturers can save space, reducing the overall size of the battery pack.

Lithium is also the lightest of all metals. However, lithium-ion (Li-ion) batteries contain no lithium metal, they contain ions. For those wondering what an ion is, an ion is an atom or molecule with an electric charge caused by the loss or gain of one or more electrons.

While the battery is discharging and providing an electric current, the anode releases lithium ions to the cathode, generating a flow of electrons from one side to the other. When plugging in the device, the opposite happens: Lithium ions are released by the cathode and received by the anode.

Lithium-ion batteries are also safer than many alternatives and battery manufacturers must ensure that safety measures are in place to protect consumers in the unlikely event of a battery failure. For instance, manufacturers equip electric vehicles with charging safeguards to protect the batteries during repeated rapid charging sessions in a short period of time.