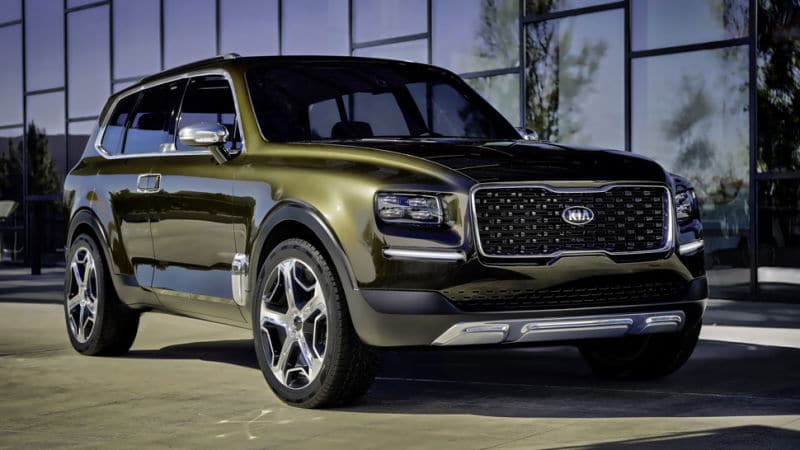 Earlier this week, Kia Motors revealed their new concept SUV
at the North American International Auto Show in Detroit. Although out of
character for Kia, this hybrid, electric, all-wheel-drive Telluride is quite
the sight.

Kia pointed out that this particular SUV would not come to
production in the near future, but stated they are planning on adding a premium
large SUV to their lineup eventually.