Common misconceptions about
Korean cars and durability are easy to debunk. A Kia in Calgary could be the
best car ever. 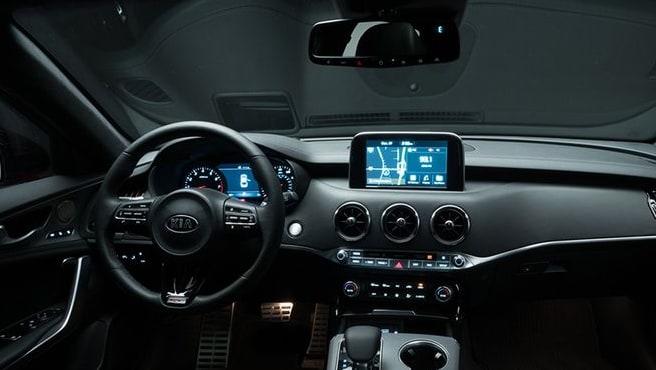 The short answer is "no." But short answers don't give a lot of information, so here is the longer version. "No, they are not. And you don't have to take KIA of Calgary's word for it." Reliability is a combination of consumer expectation and real-world results. It's a measure of what consumers expect from the vehicles they buy and the various things measured to find out whether those vehicles live up to that expectation. Today's automotive consumer expects a new vehicle to last for a considerable amount of time without major faults or issues. They also expect that when an issue does arise that the manufacturer and its dealerships will quickly remedy the problem. On all of these measures, Korean car durability is as good or better than others on the market. KIA, in particular, does very well.

Don't Take Our Word For It

There are two major sources most in the industry agree are qualified, objective measures of a brand's reliability in North America. Those sources are J.D. Power & Associates and Consumer Reports. Both of these groups rank KIA highly in reliability. J.D. Power ranks Korean cars durability highly, especially with KIA. In a report published in 2015 and summarized on their blog here, the group explained why Korean vehicles often get an undeserved bad rap in this regard. Despite having some of the best warranties in the business and some high rankings for reliability across their model lineups. Consumer Reports ranks car brands and individual models in an annual reliability study. For 2018, the CR study ranked KIA at number three on the list, marking the Niro as the brand's most reliable model and giving the overall KIA brand a ranking of 71 out of 80. For reference, that list of brands included 27 automotive brands in all, meaning KIA ranks higher than 24 other automotive brands that include some of those most often associated with a high expectation for durability. It is also worth noting that both of these organizations have consistently put Korean cars durability high on their lists for some time.

Another indication of expected reliability is in the manufacturer's warranty. A carmaker does not offer a warranty over a long period if the expectation is that most buyers of that vehicle will have to make a claim on that warranty. That is a profit-killer for the automaker and its dealerships. The warranty is, instead, the minimum expectation for the vehicle's durability, according to the manufacturer. Here at our KIA dealership in Calgary, we proudly list the industry's best warranties as included with every KIA we sell in Calgary. Because we know that KIA offers that warranty knowing that it is not going to be needed. Customers, meanwhile, get the peace of mind that comes with knowing that their new vehicle purchase is willingly backed by the manufacturer's knowledge that it's the most reliable car on offer. We also know that at South Trail Kia, we are quick to respond in the rare event that a customer does have a warranty claim.

Comparisons With Other Perceptions

Many are under the assumption that certain makes from certain locations are more reliable. This is largely untrue. According to both Consumer Reports and J.D. Power & Associates, through studies the groups have done annually, the most reliable car brands are only rarely the ones consumers seem to commonly assume are reliable. In other words, reputations aren't always reality. As mentioned, Kia is number three on the CR list, proving Korean cars' durability is higher than many might think. In the top five on that same list, however, are only two Japanese brands. The total list has two German, two Japanese, and a Korean brand as its top five picks. Further, J.D. Power has found that the price of the vehicle is not generally an indicator of higher or lower quality. Lower-priced vehicles often rank high in reliability and are right alongside their higher-priced competitors.

Why Korean Cars Get a Bad Rap

A few decades ago when both Korean brands, Hyundai and KIA, began selling vehicles in North America, they aimed towards value. Like the Japanese cars before them and countless other non-U.S. brands before that, the Korean brands gained a reputation for being cheap "for a reason." Shedding that stigma has been a hard business for KIA. Several factors such as offering vehicles that are priced well and just as competitive as higher-priced offerings has helped. This has combined with some of the industry's strongest warranties, which has gone a long way towards changing minds over time. Today, a generation after KIA entered the North American market, it's recognized as one of the most reliable and cost-effective vehicle brands in automotive. KIA's goal is to prove Korean cars durability and here at KIA in Calgary, South Trail Kia is happy to show car buyers how excellent and value-driven a KIA can be.